Archive for the tag “dental tech”

Vermont Tech has some wonderful, unusual programs. About a third of the students enroll in one of the engineering programs, and another quarter in nursing and allied health programs. The Dean of Enrollment said that during a conversation with a CEO of a company, he was told “Vermont Tech grads are ready to work on the first day.”

The main campus houses about 950 students with another 700 more using the satellite campuses around the state. Only about 500 students live on campus in one of the 4 residence halls. Some degrees are only located on particular campuses, such as the Aviation Degree at Williston because of the proximity to Burlington airport (students in this program can graduate with their pilot license). Other campuses are primarily nursing and some respiratory majors. Architectural Engineering is math and science based. A Farm is attached to campus. The equine and agricultural majors have chores. 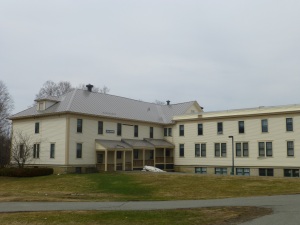 VTC hosts the Vermont Academy of Science and Technology (or VAST) for HS seniors; now in its 25th year, this is an early-entry program in which students complete 1 year of college while finishing High School (they can go back to walk in their home ceremonies). They live on campus with other VAST students. It’s free for Vermont students, and “reasonable for out-of-staters.” The dean described this as a program for “academically hungry students.” 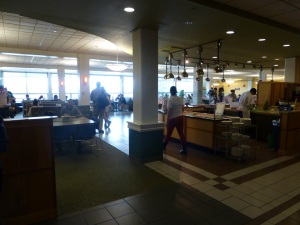 There’s not a lot going on around campus. Our tour guide said that weekends can be slow and that a lot of people leave, but they’re working on providing more to do so people stick around. Karaoke drew a big crowed. A couple big events on campus include Spring Bash (with fireworks, dunk tank, slip and slide, and more) and Country Dance (complete with a mechanical bull), and trips to Boston. Basketball (their teams are DII) draws a big fan base, but “soccer, not so much.” They have a small ski slope with a tow-rope on campus, and students built a heated ski hut at the bottom.

They have rolling admissions except for nursing, dental tech, and vet tech which all have a 12/1 deadline because of limited spots in the programs. Admissions are looking for “good solid students who know what they want to do.