Archive for the tag “Art Technology and Emerging Communication” 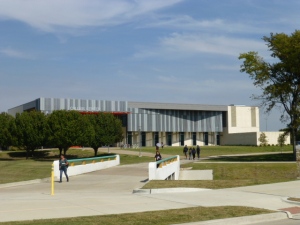 “UT Dallas is hard. I didn’t take those words seriously when I started. I thought they weren’t serious or that it didn’t apply to me. But it’s hard,” said a recent alum (and current staff member). “We’re one of the best undergrad institutions out there if a student wants to partner with us – but so much of education has to be outside the classroom and beyond the curriculum. It’s so important for them to understand that learning is an intentional action. It needs to be a choice that they’re engaging at the highest level they’re capable of.”

UT Dallas spends $40 million on academic scholarships, the same amount that a lot of schools spend on their football teams. “This isn’t to say that our sports aren’t outstanding. Our men’s basketball went to the Sweet 16 because of a buzzer-beating 3-point shot.” They’re regularly audited because so many of the athletes are on merit-based scholarships. “We get asked why our athletes get such high GPAs … because we’re admitting smart athletes.” 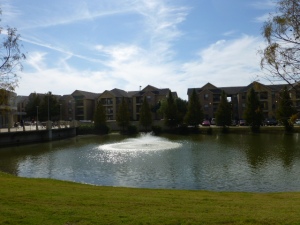 “We get amazing support surrounded by great peers. We push each other!” said one student. However, one student said that “undergraduates sometimes get left behind” but feels that this is getting better. “Research is there if you look for it.” The Student Success office hires students: tutoring and mentoring tends to be peer-to-peer. They find that this helps the tutors as well.

The admissions department is going into their first year of a holistic review. “We’re careful. We don’t want to admit people who can’t hack it.” As per Texas state policy, students get automatic admission if they fall within the top 10% of their class and have followed a Texas-track curriculum (essentially 4 credits each of English, Math, Social Science, 3 of science). If a school does not rank but the student would be in that level, a letter from a counselor will suffice. About 1/3 of UTD students ranked in the top 10% in high school.

The fountain that runs along the center of campus

UTD does not accept Common App; applicants should use http://www.applytexas.org. The $50 fee can be waived if they attend a senior admission day. To be considered for scholarships, applications must be in by January 15th! They offer: 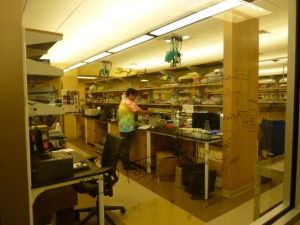 One of the many labs

The school is “relatively expensive for the state of Texas, but relatively cheap when you compare across the country.” They offer a guaranteed tuition plan: there’s no increase in tuition or fees for 4 years, and additional courses beyond 15 credit hours are essentially free. Academics get a lot of praise, particularly:

Interior of the Student Center

This is clearly a large state university with 27,000 students. “This is smaller than some other state schools and it’s not a party school,” said one of the students. “There are times that there isn’t much going on, but there is no shortage of things to do. You get used to going off campus for fun. The benefit to this school is location because there’s so much to do.” There isn’t a ton within immediate walking distance of campus: “You kind of need a car to get off campus,” said one of the students. Parking is available (there are numerous lots on the periphery of campus), but it’s a bit of a hassle sometimes and “they’re serious about tickets.” There are 3 DART stations within 10 minutes of campus. Both airports (DFW and Love Field) are 40-45 minutes away. The orange line DART goes to DFW. 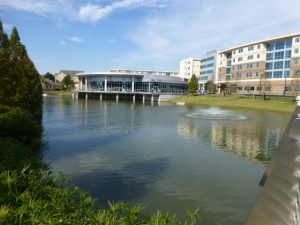 Dorms and the dining hall

UTC started strictly as a graduate school and “worked backwards” to become an undergraduate institution. Because of this, it’s still very much a commuter school, but they’re working on increasing the housing available. Currently there are about 6000 beds, and housing has all been built since 2009 mostly in suite and apartment style housing. Suites are assigned by the gender you applied to the school with, and students can also choose gender-neutral housing. Housing costs are charged like rent at an apartment and averages about $815/month which covers utilities. Each student is charged separately, so roommates don’t have to worry if someone leaves.

Safety is good on campus. The university police are technically State Troopers since this is a state institution. Although this is a Conceal Carry state, the university law states that guns are not allowed in residence halls, library, dining hall, etc – basically anywhere where other people could get access to the firearm.