“Are you ready to get over self-congratulations? Are you ready to be self-reflective and reckon with yourself and your strengths? Are you ready to deal with history and with people who aren’t just like you?” asked the President Emeritus. “You can isolate yourself – but it’s really hard here!” Richmond is “becoming cooler by the minute.” 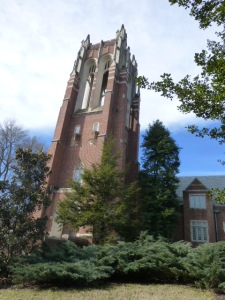 Richmond reinvented itself in the last 50 years. “We’re a progressive institution in a city that people don’t associate with that. The city doesn’t even know what to make of us.” For a long time, they were very much a regional, (somewhat) struggling school, pulling about 85% of their students from Virginia. When VCU (the public school in Richmond) opened in 1969, they competed heavily for students, particularly local ones. UR came close to closing, but they received a $50m donation that year. “Now we don’t compete with them for anything except for basketball. They don’t have law; we don’t have things they have.” Currently, about 80% of students come from outside Virginia, and the university is highly ranked on several of lists. 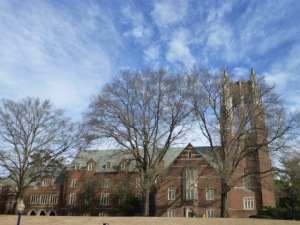 Much of the University’s story is bound up in its religious history (but don’t let that scare you – it’s now secular so keep reading!). Baptists came to the area for freedom of worship. “Religious freedom for themselves and others is in their DNA,” said one of the deans. They started a seminary which then grew; with the donation 1969, the university separated itself “in a growing up sort of way” from its Baptist roots. Now secular, they have 16 student groups on campus representing 5 global religions.

It’s rare for a (non-religious) college to have two Religious Life representatives talk to Counselors during a visit; both impressed me. “To be a fully educated human, you have to be able to understand and engage with faith traditions other than your own,” said the campus rabbi. Every year, they run a large Forum on Faith, Ethics, and Global Society. Students who choose to self-report religion include: 33% Catholic, 33% Protestants, 20% unaffiliated/unknown, 8% Jewish, 1-2% each of Muslims, Buddhists, Hindus, and others. They offer three yearly Pilgrimage programs a year to places like Poland, New Mexico, Israel, Indonesia, and Camino de Santiago. 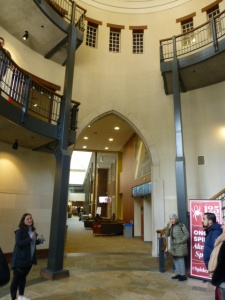 The interior of the Business building

There’s a sense of care and concern on this campus. UR looks out for the whole person, and they attract students who want to be here and engage productively with others. This manifests in several ways: 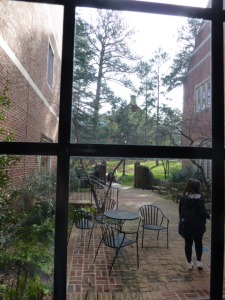 They also take care of students intellectually. “If you have smart students, we have a place where we’ll pay attention to them and open doors for them.” It’s a great size (about 5000 undergrads) with great resources. 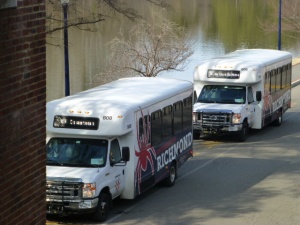 Campus is about 6 miles from downtown Richmond; UR runs shuttles into town every 15 minutes, and students get a free metro bus pass. One of the students said that she’d love to see a better shuttle system shuttles to incentivize exploring off campus. However, there’s plenty within walking distance and there are running trails along the river. 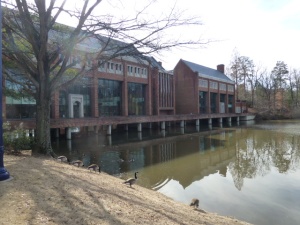 The lake and the Campus Center

The lake is the geographic and historical center of campus. Technically, there are 2 “coordinate/separate” campuses under the UR umbrella – Richmond College for men and Westhampton for women with separate deans, student governments, etc. Students attend separate convocation chapels upon entering. Gender non-binary students can affiliate with either or neither. Counselors raised some questions about why this was necessary and if it caused a division among the student body, but most of the students felt positively or were neutral. “It’s there, but it’s not like it really affects the day-to-day life for the most part.” Another said that she liked it: “it just provides more ways to get involved and have leadership opportunities.” 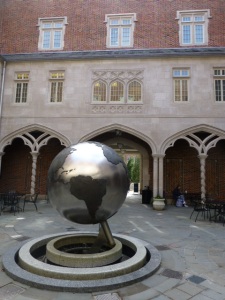 “Politics lean slightly left,” said one of the students. “This is a pretty involved study body,” said our tour guide. The largest gathering space on campus is the 700 seat Chapel. “It’s completely filled when speakers come.”

The students said that housing can be a little bit crammed, but the food is really good. There are Greek Life cottages for social activities, but not for living. About half the women and ½ of men join Greek life. The majority of campus parties are run by Athletic or Greek groups but are open to everyone. The Richmond Endeavor is an optional LLC (of which there are many) that started in 2018.